We are not ready on Mobile yet, please visit our site on Desktop browsers.

The Blog of Westchester's Best Gold and Rare Coin Dealer

Why Cabochon Cuts are Used in Jewelry
by: Ben Tseytlin - on Antiques & Jewelry

While many gemstone cuts are faceted, with straight edges and flat faces that enhance their symmetry and brilliance, another popular cut that is equally beautiful is the cabochon.

Cabochons are gemstones which have been polished and shaped. This results in an appearance that is rounded and smooth rather than geometric and sharp. The cut has become popular among those that want an alternative to the faceted gemstones which are commonly used in necklaces, rings and various jewelry types.

The word cabochon comes from “caboche” which is a French word that means head. Most of the gems that use cabochon cuts include moonstones, turquoise and opal. One of the best examples of a cabochon is Tiara rings, which have gems that are more rounded and opaque when compared to gems which are faceted.

How Is the Cabochon Cut Performed?

To perform a cabochon cut, the jeweler will select a roughened stone. While any gemstone may be selected, there are certain types such as moonstone and opal which are prized because of their reflectivity and smooth curvature after being smoothed. Next, the roughened stone will be slabbed, which is a process that involves slicing a stone into ½ or 1/4 thinned slivers. Once a slab is laid flat on the surface, a scribe and template will be applied to mark a cabochon shape.

After the shape is etched into the slab, the trim saw will be applied for cutting around a roughened stone. To grind this stone with greater accuracy, the cabochon machine will use either silicon carbide or diamond wheels. To ensure wheel protection and longevity, water is occasionally added.

Lastly, the stone must be dopped. To accomplish this jeweler’s wax must be applied so the stone can attach to the dop stick that is basically a dowel made from wood. The material which remains can then be grounded until reaching a template line, where it will become sanded and can then be polished with resin wheels or a polished pad.

While cabochon cuts may be applied to any gem, they are most effective with those that are opaque. This is because they will make the stone appear denser and fuller. Additionally, there are certain gems with unique properties that can only be manifested when a cabochon cut is applied. Examples of this include:

Cabochon cuts do well in scenarios where a gem is translucent and has so many imperfections that it is unsuitable for faceted cuts. Cabochon cuts will also retain the stone’s color while obscuring dirt and scratches which might appear along its surface. It works best for gems which have a Mohs hardness rating of seven. 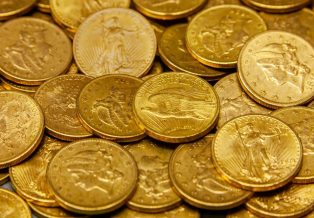 The $3 gold Indian Princess Head Coin was struck by the American Mint between 1854 and 1889. It is a beautiful piece which has great historical and cultural significance.

Authorized in 1853, this coin was created by James B. Longacre, who was the Mint’s Chief Engraver at the time. Initially, the U.S. Congress wanted a 3 cent silver piece that could be used to buy postage stamps of the same value without needing to depend on the copper cents, which weren’t very popular. A gold variant would also be issued the same year, because during those days silver was actually overvalued in comparison to gold, which was partially the result of the California gold rush.

Longacre envisioned a coin which was distinct from the $2.50 piece quarter eagle, and struck it using a planchet which was thinner with a unique design. In 1931, Campbell P. White, a Congressman from New York, devised a method of returning U.S. gold into circulation, since golden coins had regularly been exported for the previous three decades. His plan was to make the gold eagle and silver dollar struck in full value, while also making the coins smaller in the form of a $3 piece.

Initially, Longacre wasn’t sure how the coin would be designed. It marked the very first time in his career that he was authorized to select one, and while previous American coinage often feature variations of Greek or Roman art, he wanted to do something different, so for the 3 dollar coin he decided to go with  a Native American theme.

The coin’s obverse side depicts a Lady Liberty portrait where she is wearing a Native American style headdress. The coin’s reverse side depicts a corn wreath as well as tobacco, cotton and wheat. The usage of an Amerindian female to symbolize America wasn’t a new concept, and in fact had been used during the sixteen century. Cartographers of the time would use an image of a native female when depicting the continent of North America. Over time this became a portrait of the Indian queen, which was likely was inspired Longacre in this creation.

However, in the decades since, some coin collectors believe that Longacre also took inspiration from Sarah, who was his daughter. The features of the Indian Head are almost identical on the different coin variations, including the double eagle and 3 cent nickel. However, to distinguish his newer coin from older pieces like a quarter eagle, he used at blank or planchet so the diameter would be larger. The planchet was also flattened slightly so the gold dollar could be enlarged.

The purpose behind the blended agricultural produce that appeared on the coin’s reverse side was a reference to the internal conflict that was occurring between the North and South at the time, which would eventually lead to civil war. Some historians have also noted that the headdress used on the coin, while beautiful, was only loosely based on the actual headdresses which were adorned by Indian princesses.

Michele Turbina watches have become famous for their exceptional build quality and stylish contemporary interpretations. Their family owned business continues to impress with this fabulous watch made with diamonds and stainless steel. 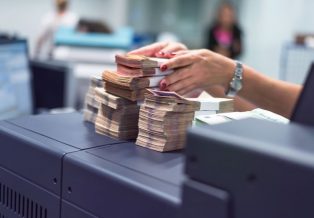 While a lot of emphasis is placed on higher grade paper notes, those who are just beginning their currency collection often want to start with lower grade notes and here is a guide that will help. 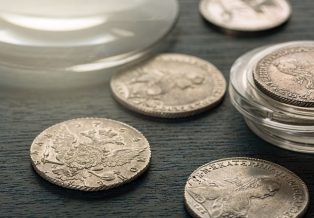 Silver coinage has a long history in Russia, dating back to before the Soviet era. This is an introduction to its history and the 1852 CNB Russian 1 Ruble Silver Coin. 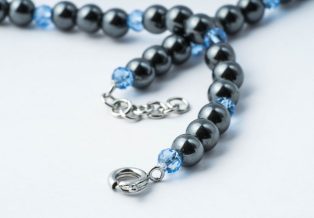 Hematite is arguably one of the world’s most versatile gemstones, as it can be used in everything from oil paint to mascara, lipstick, cement, brick and industrial overcoat. But where does a hematite gemstone come from and why haven’t most people ever heard of it?